We’re back with even more for you to binge! If you’re sick of your usual watches and crave something new, check out our list below. And for part one of this series, click here.

Watch it on: Netflix
For fans of: Fleabag, Skins, irreverent British humor
Why it’s great: It’s the Phoebe Waller-Bridge we all knew and loved before we all knew and loved her. Here she plays Lulu, a property guardian living in an abandoned hospital with her childhood best friend and a host of other quirky individuals you might imagine voluntarily occupying such a peculiar space. While I’m sure this isn’t canon, it almost seems like Lulu could easily be Fleabag in her early 20s – it’s full of Waller-Bridge’s shenanigans that we’ve all come to know and love, just without the breaking of the fourth wall.

For fans of: Skins, Degrassi, edgy teen dramas
Watch it on: Hulu
Why it’s great: Who doesn’t love a show that starts with kidnapping? When a toddler is snatched from her Virginia home, her parents are sure they’ll never see her again. When she’s arrested, she is eventually reunited with her biological parents and forced to grapple with the fact that the woman she knew as Mom is actually her kidnapper. An MTV show, it’s full of plenty of insane plot twists, loopholes and drama to keep you hooked.

THE HOOK UP PLAN

For fans of: Four Weddings and a Funeral (the show), Easy, rom-coms, France
Watch it on: Netflix
Why it’s great: A young manic pixie dream girl in France is in a rut after a brutal breakup. So, her friends hatch a plan to get her out there again with a beautiful young man who is just her type. But it turns out this new love interest isn’t what he seems – will our protagonist Elsie learn to love again or be forever burned by romance? You’ll have to watch this dreamy show to find out.

Watch it on: Netflix
For fans of: Community, Easy, rom-coms, real-life love stories
Why it’s great: Paul Rust plays a character who is essentially himself, just called Gus, in this true story of how he met his now-wife. Of course, expect slight changes, different names and made-for-TV plotlines, but knowing that at the heart of this story is a real-life love makes it all the more satisfying to watch.

Watch it on: Netflix
For fans of: Riverdale, Sabrina, historical fiction
Why it’s great: This VERY fictionalized version of the life of Mary, Queen of Scots is nothing like what you’ll find in a textbook – or even in the eponymous movie adaptation of her life from a few years back. However, it is extremely entertaining, everyone in the cast is gorgeous and the costumes are equally stunning. The teen drama is just the kind of distraction we can all benefit from right now.

Watch it on: Amazon Prime
For fans of: The X Files, Twin Peaks, clones, sci-fi
Why it’s great: Imagine seeing someone who looks EXACTLY like you while you’re on the lam, and fast-forward to finding out that you’re a clone who is also part of an international conspiracy and there are tons of “you” all over the world. This is the world of Orphan Black, an action packed, conspiracy filled cult favorite featuring the incredible Tatiana Maslany playing all the clones. The talent!

Watch it on: Netflix
For fans of: The Tudors, The Borgias, hot people in historically accurate costumes
Why it’s great: Another historical fiction show for you because, why not? It’s a good time to reflect on other weird and dangerous times in history. This show highlights the life of the notorious Louis XIV and his hedonistic rule at Versailles. It gives a healthy look at all other major players in the castle at the time, too, and explores witchcraft, queerness and religion and how those affected the culture and attitudes of Louis’ much-maligned reign. 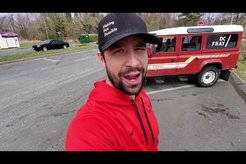